What is the ‘Altus Method’ for Data Center Migrations

In 2001, a company in Ohio that developed the world’s largest chemical database was struggling to untangle a very densely populated data center that was out of space, power and cooling. They knew they needed to move to a new Data Center, but were struggling to develop a safe plan that would minimize risk and downtime. In the IT industry at that time there was no formerly documented method or approach for sifting through the multiple business dependencies and technical criteria needed to organize a process to relocate this equipment into a new facility.

Altus Technologies Corporation along with IBM were contracted to assist this customer in this detail planning effort. In using an analogy of spaghetti, how do you pick up one “noodle” without all the other noodles sticking together at once? This is a very close metaphor for the need to understand the application, technical and physical dependencies that are inter-connected and will be affected by a data center migration. Without a method to untangle these dependencies, the project could not begin properly.

The Eureka Moment: The Move Element 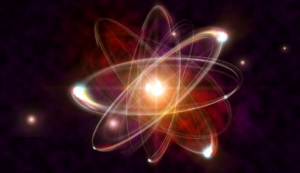 Being among scientists in the chemical community, the idea of atoms and chemical “elements” were near to the team’s minds. What is the smallest unit we could break a data center move into? The answer was “The Move Element.” By applying some rules and planning assumptions – along with detail technical and application dependency information – each “Move Element” could be defined. This allowed discrete planning, management and sequencing to break the work of a large data center move into logical, manageable parts.

After applying this method and defining over 100 Move Elements, planning was able to be performed on each Move Element, which allowed the project team to schedule them across 11 separate “Move Events” -a planned and scheduled time for relocations. This method enabled the chemical database company to successfully relocate over 1200 systems to a new facility while managing the risk, timeline and budget.

Since then, this method (The Altus Method) has been adopted by IBM, HP and EMC as the now-familiar 3-Phase approach to data center relocation. Altus data center consultants have continued to refine and enhance this method over time and have built tools and templates that provide the very best techniques to maximize success and to minimize risk in the large and complex task of data center migration.

Learn more about Altus Technologies and Data Center Migration services from Altus. Please contact us to initiate a conversation. Learn even more about the Altus Method for data center migrations here.

Brian Gaiser
Brian Gaiser is the founder of Altus Technologies Corporation and leads the team of Altus data center consultants.  He is a visionary Systems Architect, using over 38 years of experience in IT towards creating innovative IT solutions for customers. Brian is also a professional presenter and speech coach and has been invited to speak in many forums on subjects relating to information and security technologies.
Brian Gaiser2022-04-07T14:42:44+00:00
Close Sliding Bar Area