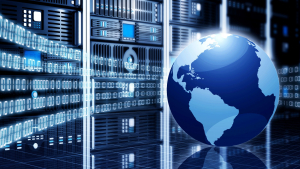 When it comes to data center migrations as well as relocations, workload placement and future growth analysis (both are services that Altus offers our clients) are strategic considerations that come into play. But the mantra often-echoed by ambitious retailers as well as real estate agents for other industries – “Location, Location, Location” – is also an important consideration. Indeed, with generous tax subsidies from eager local governments, global climate change concerns, geo-political instabilities, and rudimentary but important details such as utilities access and facilities security – the location of your next data center or colocation center is becoming a more pressing element than ever before in the data center industry.

We found some interesting examples of “creative” data center placements and utilizations recently that we thought our readers might enjoy. We certainly enjoyed learning about them ourselves!

Going Digital in a Sardinian Mine

You may have heard of the Lefdal mine in Norway – a vast underground data center that was once a mineral mine? According to recent reporting from Data Centre Dynamics, a new data center named Digital Metalla hopes to repurpose an old Sardinian mine (Yes, in Sardinia) for a similar use.

“Antonio Pittalis and Salvatore Pulvirenti, founders and managing directors at Italian ICT firm Dauvea, have careers going back almost 30 years through Tiscali and Telecom Italia, CRS4 (Center for Advanced Studies, Research, and Development in Sardinia), and Engineering D-HUB. Founded in 2017, Cagliari-based Dauvea provides a number of IT, cybersecurity. and cloud services. With the new Digital Metalla project, the pair aim to convert a disused government-owned silver mine into a data center. The mine, located near a town called Iglesias to the southwest of the main island in an area broadly known as Sulcis, was closed around 2000, but the area has been a mining hub since Roman times. Metalla is an archaeological site in the ancient Phoenician city of Sulci (or Sulcis), to the north of Sant’Antioco; the small island southwest of Sardinia’s main island. The area has been mined for lead, silver, zinc, coal, and other minerals for thousands of years, and mines in the area only began to close in the 1990s. The area has previously been submitted for consideration as a UNESCO World Heritage site. ‘Metalla is a Latin word for mining,’ explains Pulvirenti. ‘We tried to combine the old and the new.’”

We’re pretty certain there are some puns rising to the surface somewhere about a new, floating data center to be built in Limerick, Ireland. And by a company named after Jules Verne’s’ famous, fictional submarine at that! However, we’re serious as a shark attack that this story is all-true and pretty impressive in the innovation department to boot. According to Data Centre Dynamics once again:

“While the data center floats in a barge on the River Shannon, Nautilus is demolishing a former electrical substation, and creating a new industrial building for storage and office space. An existing historical clock tower will remain. According to the Leader (newspaper), the size of the barge has been reduced to preserve views of the river. There are 15 people already working on the project, which will eventually need 100 construction workers, and then provide 25 permanent jobs, according to Nautilus CTO Patrick Quirk. However, it will take another 18 months before the data center finally opens, and recruitment won’t take place till the third or fourth quarter. Nautilus is known for its barge data centers, which use water cooling without consuming water from the rivers or other bodies in which they float. In April 2021 it opened one such facility in California.”

AWS Goes Local x32 with Edge Computing around the World

Amazon continues to expand blob-like across the civilized world, and really understands the strategic benefits and efficiencies of edge computing. To further their goals of worldwide ubiquity, as Rick Miller at Data Center Frontier reports, they have to expand – Expand – EXPAND.

“Amazon operates a massive global network of data centers to power its cloud computing platform, with most of its capacity focused on clusters of large campuses in key network hubs like Northern Virginia. With Local Zones, AWS is creating a more distributed infrastructure to support edge computing and low-latency applications. AWS Outposts and Local Zones are the key building blocks for Amazon’s edge computing strategy. AWS Outposts are racks filled with turn-key AWS cloud infrastructure, which allow enterprises to deploy hybrid clouds in their on-premises data centers. Outposts will also drive Amazon’s push into edge computing through Local Zones, which are regional facilities filled with Outposts.

It’s just sub-sea cables now, but you know with all those scientific and government researchers huddled over their warm computer screens for comfort, sooner or later an Antarctic data center is bound to be developed. Imagine the international cooperation it will take for every nation’s data to be housed in the same facility! On the other hand, maybe there will be many smaller data centers there after all?

According to reporting from DCD, “This year the NSF (National Science Foundation) put on a workshop to discuss how a cable would change the lives and research of scientists and staff stations in Antarctica, and is in the process of feasibility study ahead of potentially developing its own cable to the continent. After decades of relying on satellites, the workshop produced a comprehensive report detailing the impacts of how a cable and a huge bandwidth boost could benefit research, logistics & safety, and the personal lives of the Antarctic mission.

‘A combination of new US science experiments requires the US to think differently about their data transfer requirements, and redevelopment of NZ and US Antarctic bases has forced both programs to look to the future and address long-standing connectivity issues,’ says Dr. John Cottle, chief scientific advisor to Antarctica New Zealand, the government agency responsible for carrying out New Zealand’s activities in Antarctica. ‘As science, associated technology, and data storage methods progress, it’s natural that much greater amounts of data will be collected by scientists and they will want to transfer this data to their home institutions for processing. Financially, a cable begins to make more sense as data volumes rise, and I [also] think there is generally a greater demand and expectation for connectivity in all aspects of life.’”

We hope you’ve enjoyed this trans-global hop around the exciting topic of data center innovation and expansion in the area of data center locations and placements. There are many issues to consider when you decide to move or relocate your data – Altus wants to be there for you even if you’re just moving across town and not to a volcano or stable sink hole in the Mojave Desert. Our professional data center consultants have been running data center migrations successfully since 1996 – let’s have a conversation and facilitate your data center project successfully.

Brian Gaiser
Brian Gaiser is the founder of Altus Technologies Corporation and leads the team of Altus data center consultants.  He is a visionary Systems Architect, using over 38 years of experience in IT towards creating innovative IT solutions for customers. Brian is also a professional presenter and speech coach and has been invited to speak in many forums on subjects relating to information and security technologies.
Brian Gaiser2022-05-03T22:15:03+00:00
Close Sliding Bar Area