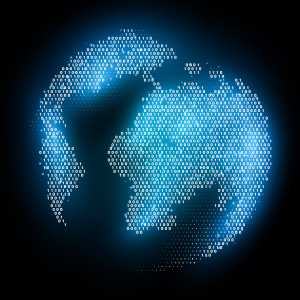 As we continue to progress further in the digital age, data centers are sharply in focus.  Data centers are the facilitators of “the Internet of Things” (IoT), machine learning (ML), artificial intelligence (AI) and reliable information transfer and storage. This function (combined with the sheer number of resources that data centers and their servers and cooling systems consume) means we are in an industry that finds itself in the very heart of the sustainability movement.

In being conscientious about sustainability, we need to realize the true impact that data centers can have on our global resources, the environment at large, and the lives of everyday people.   If you own, manage, or operate in a datacenter, we hope to promote a path of growth that is wise and “sustainable.” The goal over time (the sooner the better, really) is to achieve the net-zero data center model.*

As Brian Korn, VP of Data Center Computing for Advanced Energy, wrote in a recent Data Center Frontier article – The State of Data Center Sustainability, “Although data centers have become much more sustainable in the past decade, the rising demand for data has been so spectacular that data centers have inevitably become some of the world’s biggest consumers of power. In fact, evidence suggests that data centers account for more than two per cent of global energy consumption – equivalent to the aviation industry – which is projected to rise to eight per cent by 2030… While strides have been made to keep pace with this digital growth, designing, developing, and operating sustainable data centers remains one of the biggest challenges facing developers, co-location operators, global cloud computing providers and hyperscalers alike …. Considering this increased emphasis on sustainability, data centers must reduce their carbon footprint while continuing to support the rising demand for data.”

Not so much a clarion call as it is our attempt to contribute to this growingly important conversation as veteran data center consultants, here are some recent news bits we’ve encountered that show the seriousness of how data centers are impacting the environment, and how the environment is impacting us.

Reporting from Data Center Dynamics indicates that residents of Prince William County are fed-up with the noise generated by data centers in their vicinity, which is unending.

“The HOA (home owners’ association) Roundtable of Prince William County, and the Great Oak community HOA from Manassas have joined in issuing a strongly worded complaint to the Board of County Supervisors, objecting to ‘extreme industrial noise’ which continues ‘24×7 with no regulation in place.’

The local groups say the industrial noise is ‘inundating their neighborhood without reprieve’ …. The residents’ groups want the Board to take swift action to relieve the situation, pointing out that in Chandler, Arizona, complaints about data center noise dating back to at least 2018, recently prompted local government to deny future data center developments.

‘It is time for Prince William to consider what Chandler did to protect the health and well-being of its residents,’ says the group’s statement.

The group objects particularly to noise from Amazon’s Tanner Way data center campus in Manassas. Amazon is currently doing building work in Manassas, but the protesters say the noise they want stopped is the continuous sound of air conditioning units on top of the data center buildings.

This noise is ‘overwhelming the adjacent residential community of 291 single family homes known as Great Oak,’ say the protesters.”

The historic and record-breaking heatwave that the UK and parts of Europe experienced earlier this month caused powerful data centers from major players to shutdown from problems with their cooling systems, according to reporting from Data Center Knowledge.

Both companies cited problems with ‘cooling systems’ for causing the outages. Oracle’s first message appeared on its service page in late morning New York time, noting that ‘unreasonable temperatures’ had affected cloud and networking equipment in its South London facility.

By the afternoon, Alphabet Inc.’s Google reported a similar problem at its London site. On a customer-service website, the company said the disruption had hit a ‘small set’ of its cloud-computing users. Google said it was powering down some parts of its cloud services ‘to prevent damage to machines and an extended outage.’

Several hours later, Google still listed some of its cloud services as down in the region. The WordPress web-hosting service blamed the Google outage for knocking out its service in Europe.”

Another article from Data Center Dynamics and also concerning London reports that new homes can no longer be built in west London because data centers there are using all the available electricity in the local power grid.

“New projects are being rejected in three west London boroughs because the grid has run out of capacity for new homes, the GLA (Greater London Authority) said according to a report in the Financial Times. The Authority says it will take more than a decade to bulk up grid capacity to allow new developments.

Three boroughs – Hillingdon, Ealing, and Hounslow – will have to wait a decade for electricity supplies to reach a level where new homes can be built, the GLA says, in a note to developers seen by the FT. Applicants for electrical power have been told there is not enough capacity for a new connection until 2035.

The GLA says data centers are to blame for acute pressure on the west London grid, as many have been built along the M4 corridor, close to fiber optic cables. A single data center can use the same amount of electricity as thousands of homes, leaving a shortage for other customers.

Data centers use electricity ‘equivalent of towns or small cities,’ the GLA note says, ‘to power servers and ensure resilience in service.’ The National Grid and utility SSEN are upgrading power networks, but the work will take years.”

As readers can see, data centers and their energy and resource consumption and usage are affecting regular citizens living in cities, not just global resources.  Intense weather events are affecting the operation of data centers, which then also affect regular citizens and all the companies that rely on data centers to handle their vast amounts of digitized information. Sustainability – the science and practice of energy and resource conservation and wise application, is needed now and will be needed more so in the future.

As Altus continues to grow and explore sustainability initiatives and practices as part of our data center services, we look forward to advising and serving our customers on the best protocols and techniques needed in the 21st century for healthy data center sustainability and a healthy planet. Services like our Workload Placement Strategy, Data Center Power Analysis, Future Growth Analysis and Data Center Disaster Avoidance will only become more valuable as sustainability needs grow, and we hope to bring other services online too to meet these growing responsibilities.

As you consider your place in the data center-sphere in the 21st century, please consider Altus and reach out to us for professional assistance.

*According to Gartner, net-zero data centers “aim to achieve a net-zero climate target by minimizing their direct
and indirect greenhouse gas (GHG) emissions and offsetting the balance appropriately. They should be able to demonstrate world-class energy and water efficiency.”